An Areal Photography and Video Shoot in West Africa 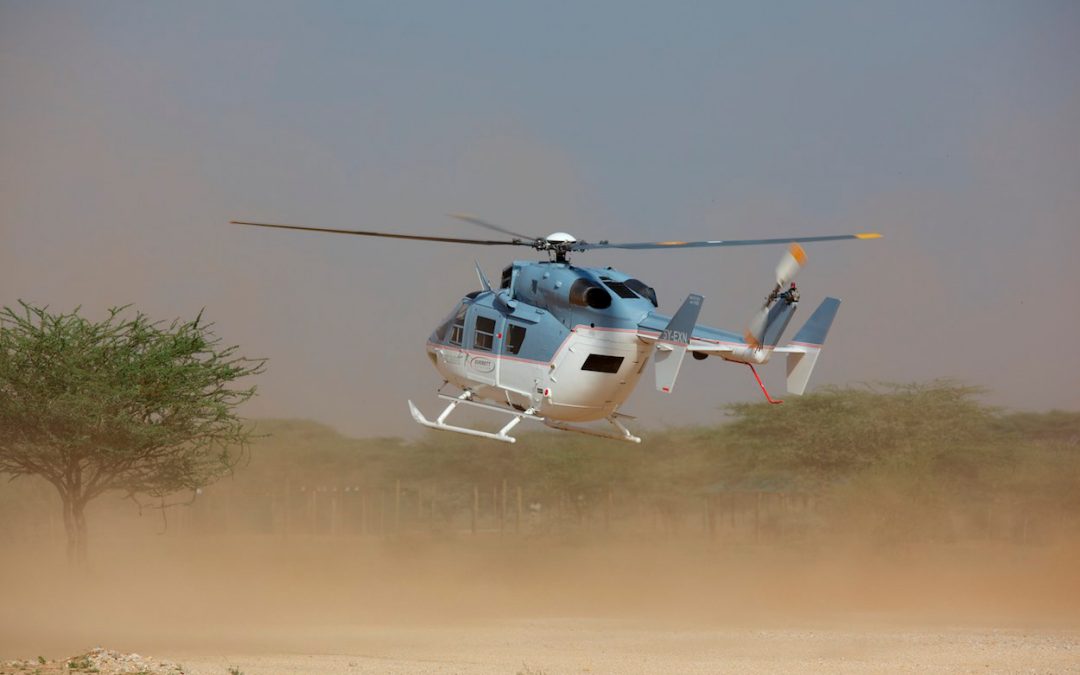 “The chopper is scheduled at 11.00 today” Mick tells me.  I’m on an offshore oilrig in the Gulf of Guinea and I need to take some aerial photography and video of the rig and surrounding supply vessels for a prominent oil company.   I groan inwardly as 11.00 will probably mean 12.00 which is the middle of the day and the sun will be directly overhead.  At least today there is some, as the last few days have been so hazy that any aerial photography would have been dull and colorless. 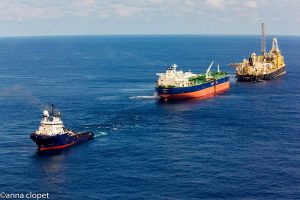 Scheduling a flight for a photography or video flyover is always a little complicated.  If the rigs are far out from the shore, most oil companies will try to fit it in between the crew changes, those arriving and leaving.  This is the case today.   I am informed that the door will be open, that I will have just under an hour and that one of the helicopter personnel will be up there with me and yes, I will have two way radio with the pilot which is essential.

At 1.00pm I watch the helicopter induction video, which is mandatory before each flight and At 1.30 the chopper is there.  The new crew comes in, takes off their life jackets and await the safety induction.  Someone comes to get me and I put on the life jacket plus a harness that will be clipped on to a ring on floor of the helicopter and we’re off.

Last winter I had to do an aerial shoot with the door closed and 6 passengers in the cabin, which was a challenge.  Did I get any decent pictures?  Well I did, but they were boring compared to ones with the door open and no passengers. Firstly, shooting through glass is really not ideal but much harder was trying to get a funkier angle, as the corners of the window would appear.  I had two way radio contact with the pilots who were great but I understand that with 6 passengers they couldn’t duck and dive like I sometimes ask them.

I take the stills first then switch to video.  The light is right overhead and very bright.  As for various reasons I do not have a 3 axis gimbal stabilizer to shoot video I use my Sony 4K camcorder that has a built in stabilizer which although inadequate for such a shoot, will be way smoother than any footage shot with a DSLR.  I set it up on a pillow to help cushion the jolts.  I’m not madly happywith it but it can be rectified in post-production.

Here are some tips for aerial photography and video from a helicopter:

The priority for stills is the shutter speed.  Make sure that the camera is set at least at 1/1000th second.  I like the aperture to be at least F8 making the ISO the last priority.  You do not want blurred pictures. 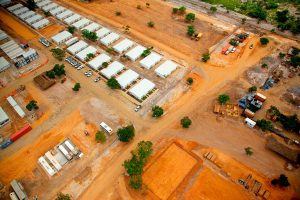 For really smooth video you need a 3 axis gimbal stabilizer and a decent one.  Shoot at either 24fps –1/50th or 30fps at 1/60th.  Use a neutral density filter especially in bright light.  I do not recommend using a DSLR, it’s really hard to balance the camera and focus.

I find the video footage from drones hard to beat. For stills it remains  is the shutter speed.  Make sure that the camera is set at least at 1/1000th second.  I like the aperture to be at least F8 making the ISO the last priority.  You do not want blurred pictures.